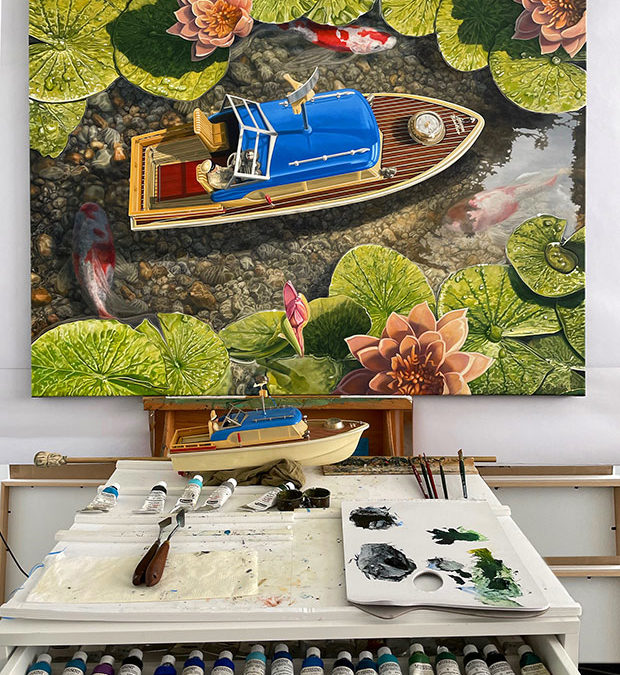 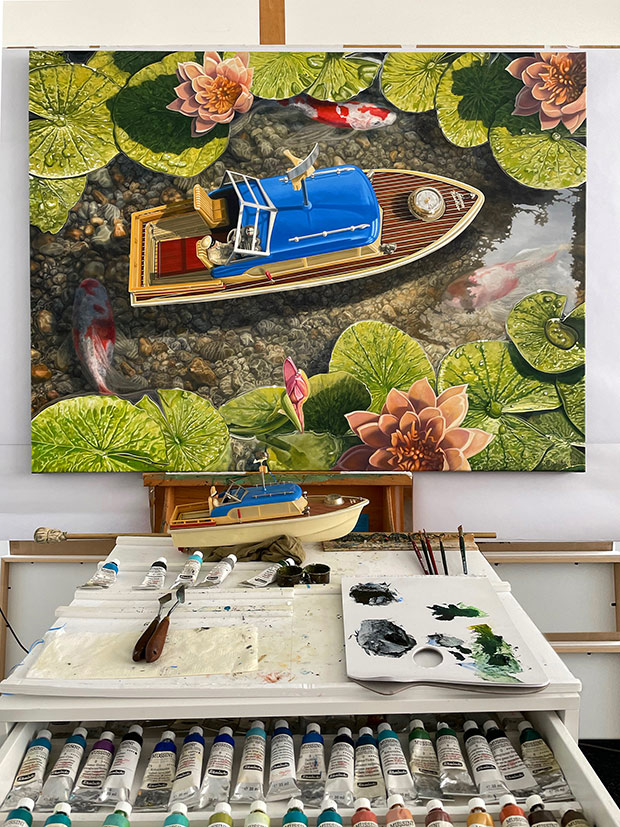 I have featured Schucos amazing Nautico electric motor yacht is this painting titled “The Captain”. This model is made of sheet metal and plastic. Coloured in white, blue and maroon, with a compass in the front deck so you know where you’re going. I can remember having a pair of shoes with a compass set into the insole, made popular by the spy TV programmes of the time.

Two Batteries drive the propeller and turn the radar on top of the boats deck. Both the toy and box are great examples of build quality, seldom found today and at 70 years old, it still works as good as new.

I’d been looking for this particular model for several years and finally found this boxed example in Italy.

The goldfish are owned and loved by our friends in Waipu and their fish names are Scar, Beast and Comet.

Schuco is a German manufacturing company founded in 1912 by Heinrich Müller and the businessman Heinrich Schreyer in Nuremberg Germany’s toy capital since early days. The company’s specialty was making toy reproductions of cars and trucks in tin, plastic and die-cast and still produces quality toys today.

This site uses Akismet to reduce spam. Learn how your comment data is processed.

9600 Limited is a New Zealand owned company trading as jonesthepainter. All purchases are billed in New Zealand Dollars and all prices include GST when the country selector is set to New Zealand. No GST is charged for orders outside New Zealand.